God’s plan for a little Persian doll in U.S.A

Vote For Fran
Fran's Biography
For Immediate Release
American Health Care System VS National Health Care Plan
Letter to President George W. Bush
What a coincidence!
Hope in America
War in Iraq
My Book
WE CAN NOT FOOL GOD even if WE CAN FOOL PEOPLE!
2008 Tulsa Primary
Fran For Congress
Fran4Congress Audio File

God’s plan for a little Persian doll in U.S., a long journey of her life, and her experience, testimonies, a miracles, healing process, and the documents that she has in our free and democracy country could change so many lives,: In Iran, Middle East, and could effective in our Nation.
Fran Moghaddam as a native of Iran, who was borne and raised in Teheran “when Iran was the best friend of the United State and President Reagan”, Tulsa citizen since August 1993 graduated from the University of Tulsa in 1983 in Management Science, business owner since 1987, in Insurance Industry / Broker. she was successful collaboration with conservative Democratic government officials regarding national health care in 1994,( She believes it was God’s plan).
What ever I have done since I came to the United States was not my plan,” I came to Tulsa for my and my two sons educations”, I am following God’s step every where He takes me.

** I have lost every thing, including my loved ones, and cried out to God and asked him what I have done wrong? At the advice of my doctor, had to forget my native Iran and start from zero hardly and easy road ahead. “I did not know it was my God‘s plan to save me, and my two sons.

** I was honored when I was granted political asylum by the U.S. government in 1985, and when I became a citizen of the United States on August 2, 1993.

** I raised my two sons both of whom have degrees from TU, and have two precious grand sons.

** I ran for the State Senate in 2004, when God told me in my forty days prayers “God allows us to experience problems for the purpose of the building of our character and moral fiber” Romans 5-3-4.

** I ran for the U.S. Congress in 2006 when citizens urged me, were my international experience, education and language skills “would benefit a greater number of American citizens”, God told me, I am walking with the power, because, (the walk of the spirit is The walk of power), I never said it would be easy, I only said it would be worth it. Do not give up, and to be persevere.

Now God told me to write a book to change many lives and to help to stop persecutions of Christians, Jewish, and other minorities, by using my vision. ”It is a gift from God, my experience and the knowledge. “ It is the power from God”.

People who have known me for the over 29 years asked me to write my book, as I was not sure! Fran said " I am eternally grateful to God and the United States for the many blessings, I desire to give back to my God chosen home, the United States of America by writing this book and this is my mission for this nation to the world".

I am depending on my mighty God, loving and forgiving I would appreciate your supports for this Godly mission, and I will back and / or double the fund. I am honored to speak in your Church for the sake of the people whom are victimized in Iran, Middle East and for our own peace. May God bless you and my God chosen home the United States of America.

Posted by True Stories of Iran No comments:

Vote For Fran
Fran's Biography
For Immediate Release
American Health Care System VS National Health Care Plan
Letter to President George W. Bush
What a coincidence!
Hope in America
War in Iraq
My Book
WE CAN NOT FOOL GOD even if WE CAN FOOL PEOPLE!
2008 Tulsa Primary
Fran For Congress
Fran4Congress Audio File

Last yearAmerican celebrate the 230th year of freedom—a privilege most Americans take for granted. But not Fran Moghaddam, candidate for U.S. House of Representatives, District #1. She relishes every single freedom because she has experienced what happens when freedom is taken away.

Fran grew up in Teheran, Iran, in a privileged family when Iran was the best friend of America.and Presidsent Reagan. She married and had two sons. Fran’s eldest son was attending Kim Bolton School in Cambridge, England, when he decided to continue higher education in the U.S. Fran, with her husband’s support, relocated with her two sons to Tulsa. Her younger son was transfered from American school in Teheran to Cassia Hall school in Tulsa, She and her two sons gratuated from University of Tulsa. Fran’s family members, including her husband, were very involved in Iranian politics. One day she received word that the Shah of Iran had been deposed. Her uncle, a second general of the Shah and Iran’s Secretary of Energy, had committed suicide. The home Fran had known and loved was gone—along with family members and everything she had.

She recalled the beauty of Iran and how it was referred to as a “piece of jewelry located in the Middle East” … a country not only rich in oil and gas but also in other mineral resources such as gold, silver, diamonds, turquoise, copper, and uranium. She recalled a modern country with four seasons, beautiful beaches, the “best caviar and fish
in the world,” mountains for skiing, landscapes drenched in flowers, and one of the world’s most exclusive retreats, Kish Island. She recalled the progressiveness of this nation, whit security, piece and freedom, of religion, under the rule of the Shah—and how it was all destroyed.

[Fran mentions an interesting book called, “Bridge of Turquoise,” written by Roloff Beny, which gives a comprehensive description of Iran and its people. Other Americans who have traveled to Iran, including Lt. Hopper Smith and Dr. Deardorff, have praised this book and hope Americans read it to learn about Iranians.] 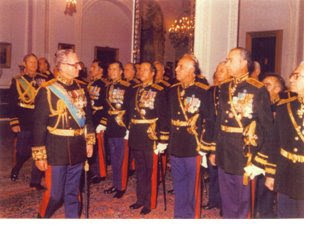 Fran lost everything she had known, and at the advice of her doctor, had to forget her native Iran and start from zero. Hardly an easy road ahead, Fran was honored when she was granted political asylum by the U.S. Government in 1985. She began attending the Church on the Rock and Church of the living God and has been a member of Eastwood Baptist Church for 18 years and has also been active with Victory Christian Center, and David Robinson Ministery ........ 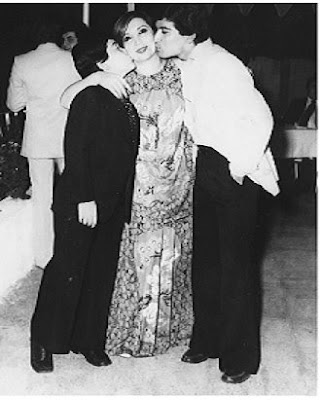 Fran obtained her associate’s degree in Business Adminis­tration from Rogers State College and completed her BS degree in management science at the University of Tulsa in 1983. She will be pursu her master’s in Political Science. She has owned and operated her business since 1987 as a licensed life and health insurance broker, (FNM InsuranceProvider/Analyst). Fran believes that Tulsa is her God-chosen home and she has lived there for over 31 years.

When Fran Moghaddam became a citizen of the United States on August 2, 1993, the oath she took included the words, “I will support and defend the Constitution and laws of the United States of America against all enemies, foreign and domestic.” She took these words to heart— remembering that her father told her that America saved Iran from Russia in World War II—and has since made it her mission to work diligently to the best of her abilities, international knowledge, and experience to be involved with issues concerning American citizens.


Fran Moghaddam has been an active volunteer in campaigns for numerous Republican candi­dates and has also successfully collaborated with conservative Democratic government officials regarding American Health care vs Nanational health system in 1994 when Hillary Clinton was cammpaigning for her health care in our state, other wise we could have national health care since. she is countinuing to do so. She is a member of the Republican National Committe, Republican Senatorial Committee, numerous local Republican Women’s organizations, Tulsa Midtown Rotary Club, Eagle Forum, Ammerican Value, Christian Unlited for Israele, Gun Owners of America, and she is an Okla­homa Grass Roots Team Leader. Moghaddam served on the Tulsa Mayor’s Task Force regarding issues pertaining to parenting as well as public safety and environmental concerns. Certainly with 9-11 in American's history, safety issues are at the forefront of future planning. She is #118 Precint Caucus Chairwoman.

In 2004, she made an unsuccessful bid for Oklahoma State Senate, District #25. Friends and supporters urged her to utilize her vast international experience in a more appropriate forum—political office at the federal level—where her Knowledge of international Languages, Europeans, natinoal health care plan, Middle East custom, religions, and politics could benefit a greater number of American citizens.

“I am Passionatte, honest and dedicated to our citizens and our country. Through my toughest experience as a minority candidate in 2004, I supported our party’s principles and pursued basic Republican values.

I am eternally grateful to God and the United States for my many blessings. I want to give back to my state and my country through the U.S. House of Representatives. My mission is to bring compassion, compromise, caring, coopration, respect and disiplin to reform our health care system and all domastice issues … to travel to Middle Eastern and European countries to educate them about our great nation … and, to establish unity and equality among U.S. citizens for the sake of American freedom and of U.S. soldiers, for without security, nothing else matters.”

Fran Moghaddam operates under this principle: “Her nickname is “Fair’ and her middle name is ‘Disciplined’” to encourage government to use fiscal discipline to stop overspending, create a fair tax system ore lower taxes, grow the economy, and provide more jobs. She also supporter of marriage between one man and one woman, pro-life, teachers, schools, Parenting skill, agriculture, energy (dril it now) and reform education, Social Security, immigration laws.

Editor’s note: Four years ago Iran celebrated the 72nd anniversary of Iranian Women’s Liberation Day, a fact that Fran is very proud of. Shown below (left) is Iranian empress Farah Pahlavi, who gave the speech in honor of this historic occasion in Paris. Her full speech can be seen at http://www.farahpahlavi.org/. Early Oklahoma women voters (circa 1915) are shown on the right. [photo compliments of the Bartlesville Area History Museum, Bartlesville, OK] 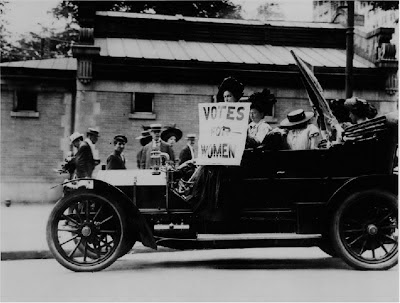 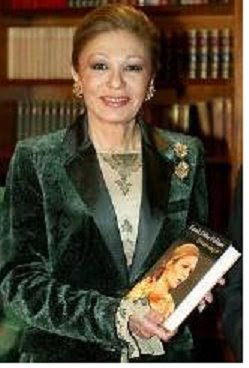 Posted by True Stories of Iran No comments: